Thayer County Economic Development Alliance (TCEDA) held its 20th-year celebration along with their annual meeting on June 16, 2022, at the Stastny Community Center in Hebron, NE. The venue was full of excitement with over 130 guests from many businesses throughout the county. Among the local leaders and elected officials, Nebraska State Senator Tom Brandt and his wife, Sondra, were the honorary guests at the event. The evening started with a social hour serving complimentary Free Day Popcorn to lead with a welcoming start.

The TCEDA Board of Directors made a goal to celebrate and honor thriving local businesses by creating the “Thriving in Thayer County” business award.  As the first recipient, the board selected Free Day Popcorn Company,  a family-run popcorn producer based out of Byron, NE.  Free Day Popcorn started in 2015 harvesting 1.5 acres of crop and has grown their operation to over 200 acres of crop selling to a wide variety of consumers. “They are a great example of a local small business doing big things. Free Day Popcorn’s operation has grown substantially over the last few years, shipping popcorn to all 50 states and even outside of the country,” TCEDA Executive Director explained. The TCEDA team applauds the Freitags for their determination and tenacity to seek more customers and capture big clients. In 2021, Free Day Popcorn was awarded the USDA Value-Added Producer Grant to help expand their marketing, production, and operations. To learn more about Free Day Popcorn, visit their website here.

The event’s keynote speaker Richard Baier, President and CEO of the Nebraska Bankers Association, shared great information on attracting people to small towns and what it takes to compete with larger areas. He discussed things Thayer County excels at: education, job opportunities, and proactive culture. And highlighted a few things that he found to be hindering our county’s growth and development: available housing, population decline, and population's average median age. His main focus and takeaway was that Thayer County’s communities need to come together and work to attract employees while continuing to market our quality of life which has become a deciding factor in relocation decisions.

After the conclusion of the event, many attendees continued to converse, network, and celebrate the success of Free Day Popcorn. The atmosphere was full of enthusiasm as guests left re-energized to continue to build the future of Thayer County. TCEDA looks forward to working with businesses and residents to promote further economic development, continue to drive growth, and celebrate the success of Thayer County. 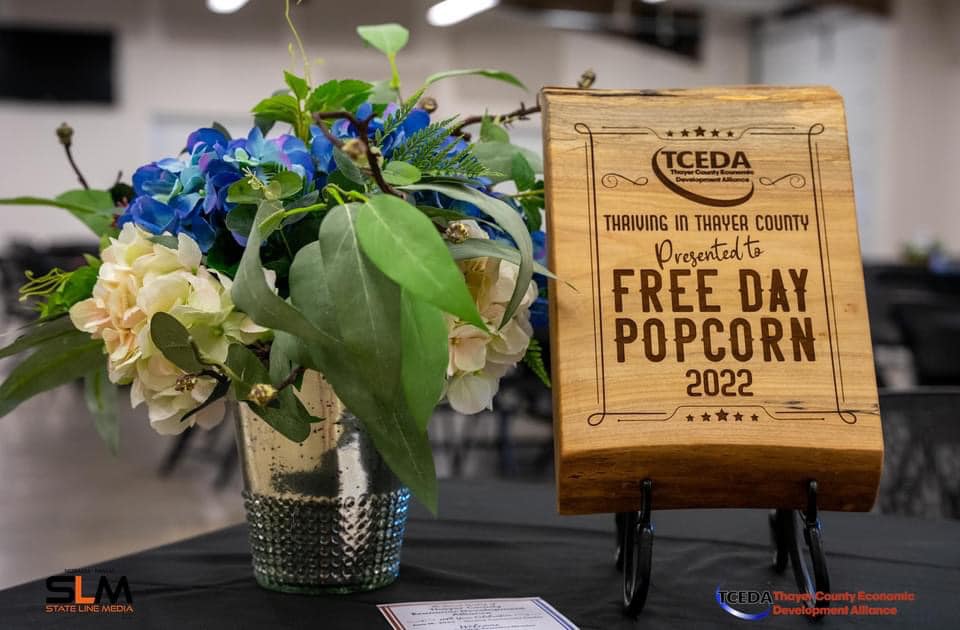 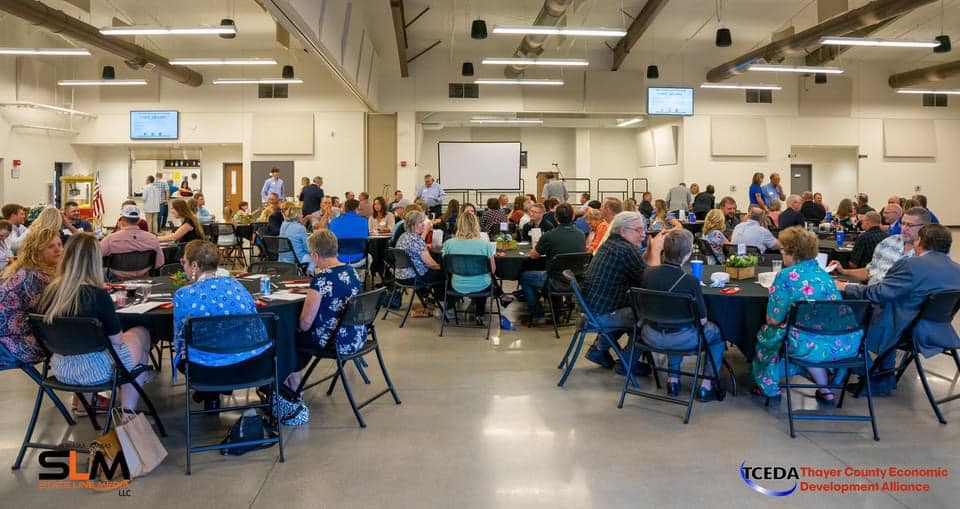 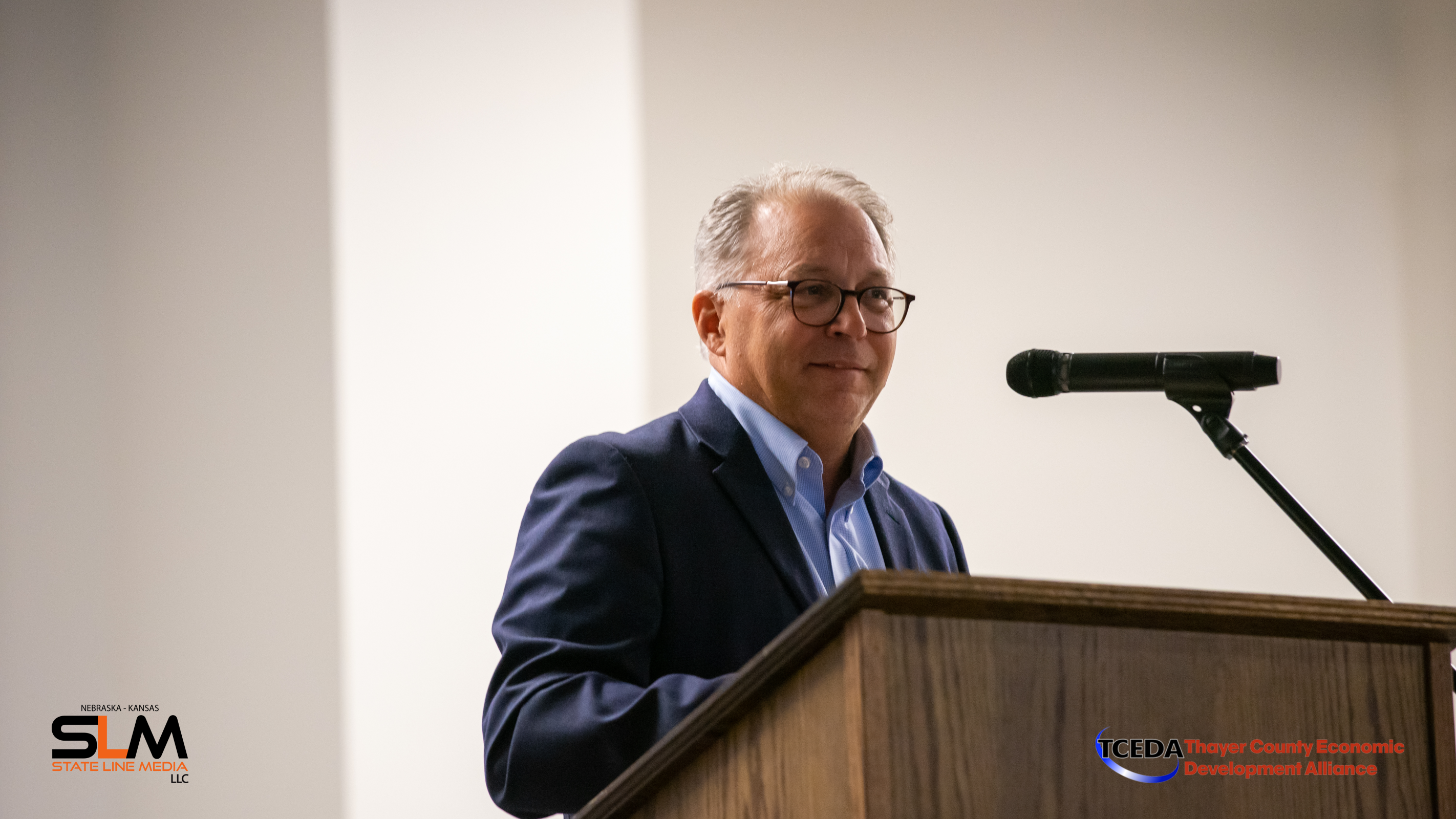 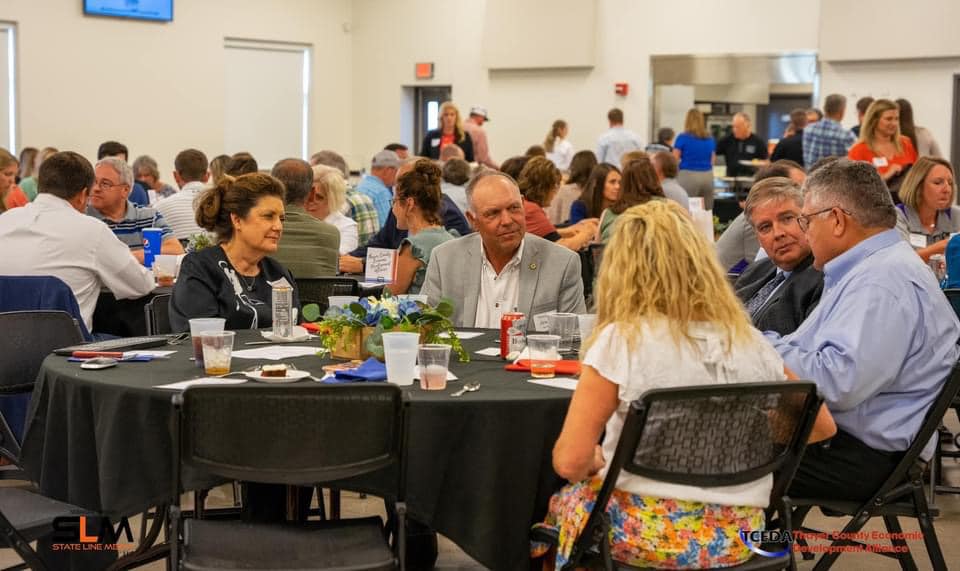 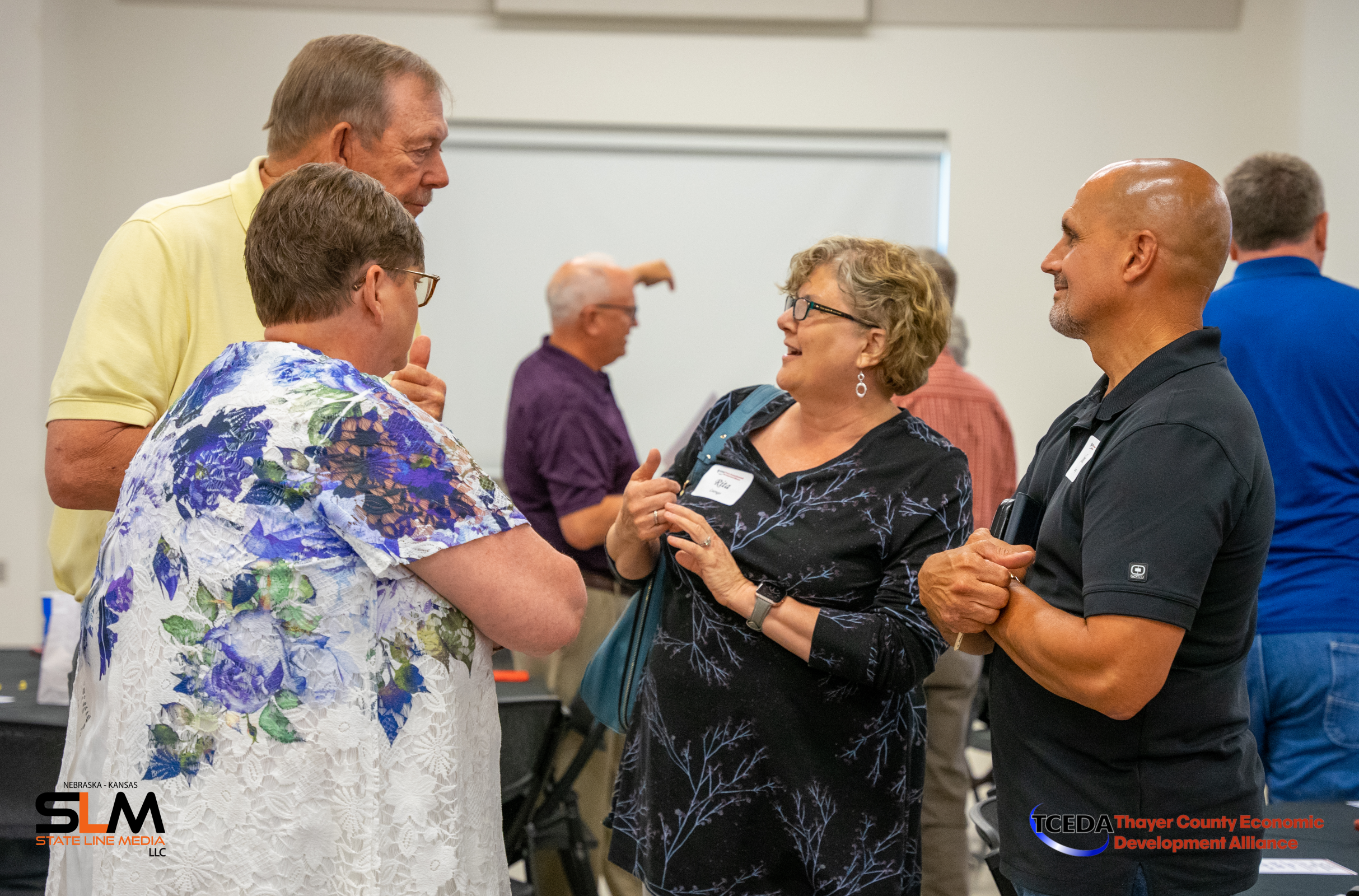 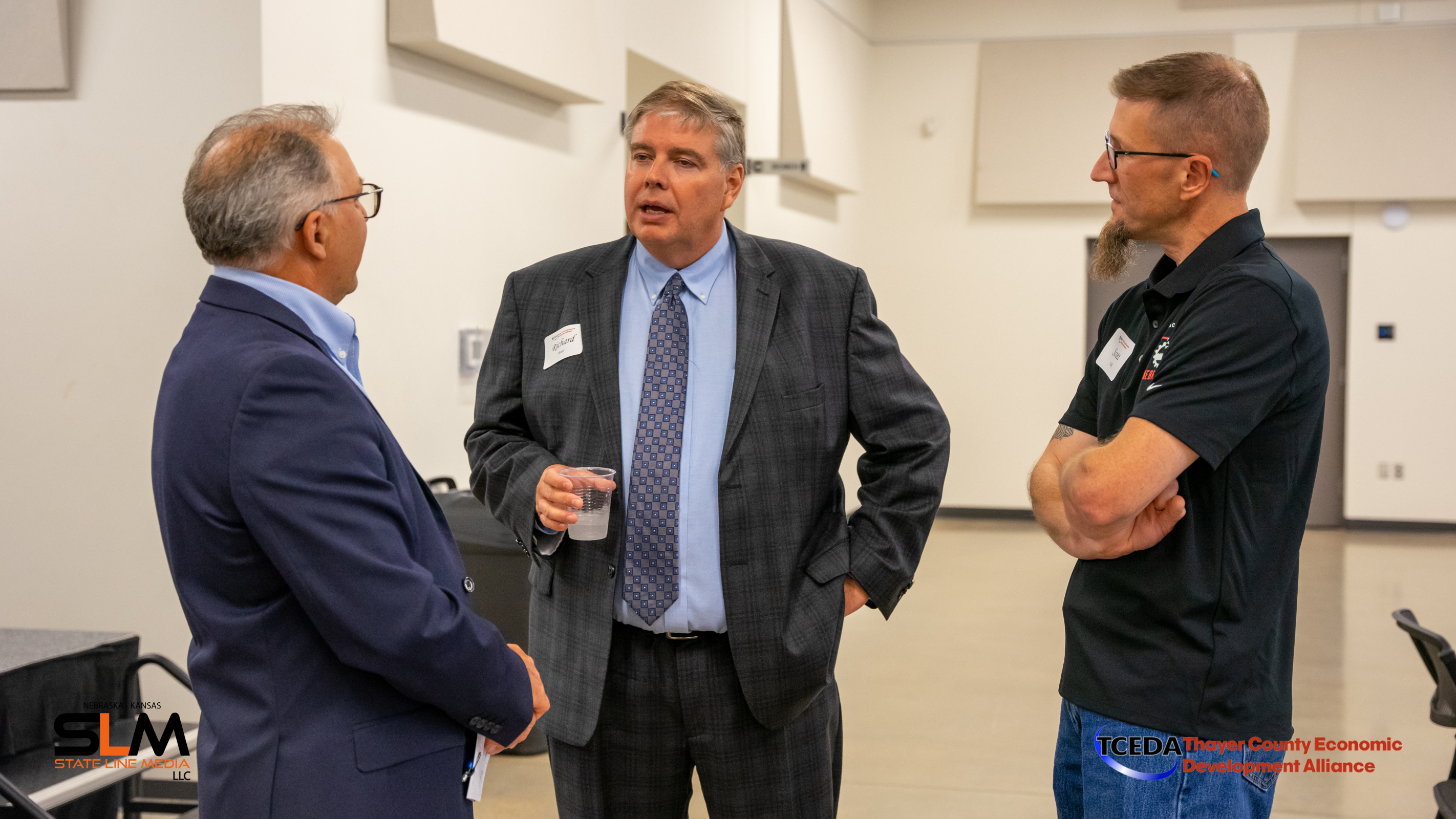 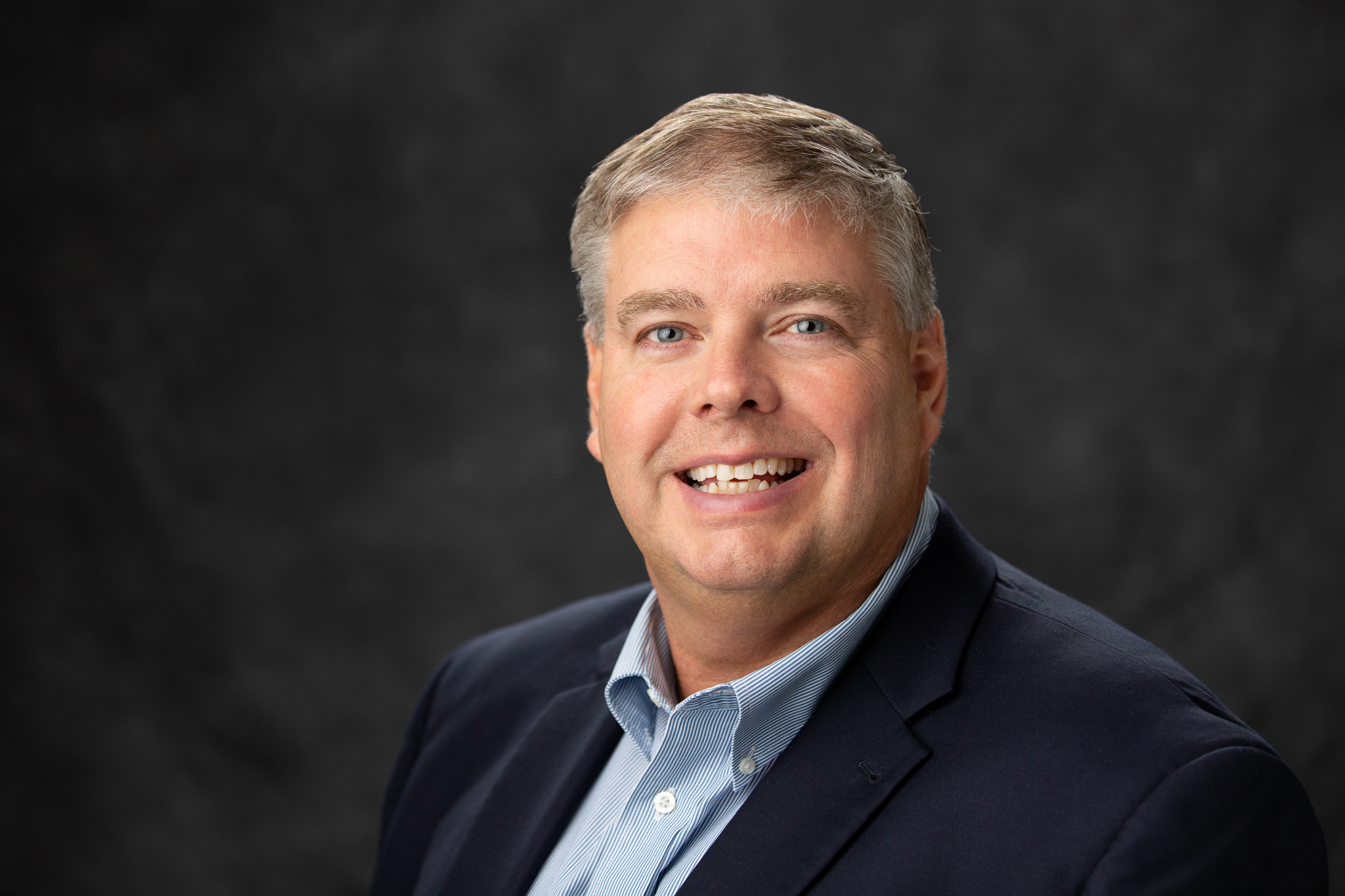 Baier previously served as executive vice president of the Nebraska Chamber of Commerce & Industry. Prior to his position with the Chamber, Baier served more than eight years as Director of the Nebraska Department of Economic Development for Governors Johanns and Heineman. Baier’s other professional experiences include positions with the Development Corporation of North Platte, the Greater York Area Chamber/York County Development Corporation, and the city of La Vista.

A native of La Crosse, Kansas, Baier holds a bachelor’s degree in political science from Fort Hays State University and a master’s degree in public administration from the University of Nebraska at Omaha. Baier and his wife Amanda have two children, Matthew and Corinne, and reside in Lincoln. Matthew is a medical resident at University Health in Kansas City, and Corinne is a business analyst at the Federal Reserve Bank of Kansas City. In his free time, Baier enjoys watching sports, Husker athletics, traveling, golf and being active in his church.